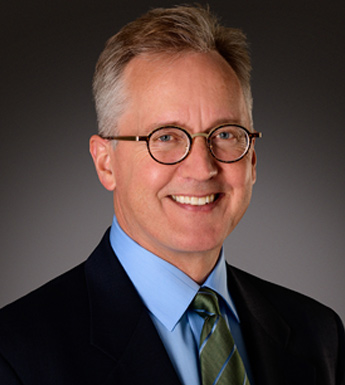 “It has been an honor serving and gaining the trust of the residents of the Greater Milwaukee area since 1998. Working together, we will formulate a treatment plan to meet your needs and address your problem in the safest and most efficient way possible.”

David J. Siverhus, M.D., is a board certified and fellowship trained hand and upper extremity surgeon. He joined Hand to Shoulder Specialists of Wisconsin in 1998, and has been serving the Greater Milwaukee community ever since.

Dr. Siverhus was born and raised in Madison, Wisconsin. He graduated with the honor of Distinction from the University of Wisconsin-Madison in 1986. After his acceptance as an early decision candidate to the Medical College of Wisconsin, he delayed his matriculation to perform research in the medical college’s Clinical Microbiology Research Laboratory. There, under the tutelage of microbiologist Dr. Charles Edmiston, Dr. Siverhus investigated bacterial post antibiotic effect, as well as bacterial adherence characteristics to bioprosthetics. His research resulted in published works as well as many national and international presentations. Dr. Siverhus continued to perform research during medical school, and graduated in 1991. After completing an internship in General Surgery at the Medical College of Wisconsin, Dr. Siverhus moved to Cincinnati, Ohio. There, from 1992-1996, he completed his orthopedic surgery residency. He served as chief orthopedic resident at the University of Cincinnati Medical Center from 1995-1996. Inspired by his department chairman and hand surgeon, Dr. Peter Stern, he chose to specialize in hand and upper extremity surgery. He completed a fellowship in hand and microsurgery at The State University of New York at Buffalo, in 1997. Subsequently, he spent time at Akron City Hospital, and The Mayo Clinic, for further training in the treatment shoulder and elbow disorders. Currently, Dr. Siverhus’ primary focus is adult disorders of the hand, wrist and elbow.

In addition to being board certified in orthopedic surgery, he is a Fellow of the American Academy of Orthopedic Surgeons. Dr. Siverhus has undergone comprehensive testing to obtain the Subspecialty Certificate in Surgery of the Hand. He was inducted as a member of the American Society for Surgery of the Hand in 2001. Dr. Siverhus is a cofounder of The Orthopedic Hospital of Wisconsin and has been honored as both a Castle Connolly and Milwaukee Magazine Top Doctor.

Outside of work, Dr. Siverhus enjoys spending time with his wife and three daughters. He has a passion for nature and the outdoors, including hiking, skiing, fishing, bee keeping and tying classic salmon flies.